Every time I watch the mainstream media news, the title reads, “Man hits women after a heated altercation.” The overall perception is, “He should be ashamed of himself for hitting that woman. Didn’t his Mamma’ raise him the right way.” However, the smart and intelligent who analyzed the situation and respond properly, “It’s not right that he hit her but if the roles were reversed most people would be on the women’s side and would say he had it coming.” This is the double standard that has to stop between men and women. “A man hits a woman and society loses their minds, a woman hits a man and barely anyone bats an eye.” I believe that no one should hit anybody regardless of who they are. Keep your hands to yourself and be an adult. 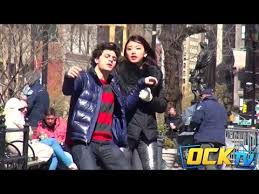 Furthermore, violence isn’t the answer to solving the problem. People are becoming angrier due to their inability to turn the other cheek as Martin Luther King Jr. would say. I’ve seen too many videos online of both genders beating each other up with rage inside of their eyes and violence on their minds. No one ever thinks about what they’re doing anymore. It’s all about reacting instead of acting. In the heat of the moment, Men and Women think it’s great to hit their spouse. However, the dopamine ends, and reality sets in. The reality, meaning that somebody is going to jail, suffering psychological damage, or a lawsuit. This offense can also affect your ability to find a job. Not too many people want to hire convicted felons no matter how light the charge may seem. The past always follows you around. It’s apart of who you are. This is why you must master the art of self-control. Sometimes it’s better to let it go and walk away, then resort to violence. 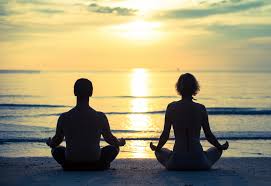 Every day we are torn between right and wrong. Temptations follow us around like a bad credit score. It’s not easy to show patience and self-control. I myself find it harder each day to let it go. There’s always that side of me that would love nothing more than to just lose control of everything. However, the rational side of me thinks about the bigger picture. First, I will lose all of my finances. Not just that, but most importantly my self-respect and dignity. That’s something I’ve worked hard to maintain and just like that, I have truly lost everything. It’s easier to get another job and a car. However, there isn’t a time limit for gaining back my self-respect and dignity, the admiration of my peers and friends, and losing myself in the process.

Lastly, in the book, “The Discourses”, Epictetus once said, “Thus modest actions preserve the modest man, and immodest actions destroy him.” He was saying men should always think about what they are doing, how it affects them and everyone else. This same principle can be applied to women as well. If a woman does not realize that hitting a man is not a modest action, in due time it will destroy her. Therefore, she too needs to realize how her actions affect her and everyone else. We destroy each other when we do not take a modest route towards self-respect and dignity. Remember this in your day to day life, keep your head up and stay true to yourself.